On a Variation of Love

Posted on November 1, 2017 by susanbriscoe

My son Nathan is away overseas on a touring contract. Right now he’s performing on a cruise-style ferry crossing between Stockholm and Helsinki every night. He was dating when he left, but he knew a long-distance relationship wouldn’t work, despite some strong feelings. At twenty though, he is capable of falling in love on short order. So it wasn’t long before he was dating a sweet young Finnish woman. Though this relationship was bound to end with this part of the tour, last week he informed me that it was already over. As we talked about it, he said he was coming to terms with the fact that it would be next to impossible for him to have a real relationship for the foreseeable future, since he is likely to be touring until he retires from performance.

This doesn’t really suit him; he was a boy who preferred the stability of a long-term girlfriend, and had always been strongly attached and faithful to those he had. However, since he is but twenty and affectionate and fun-loving, already he is telling me about his lively and varied dating life with other women crossing the Baltic. I wonder how to respond to this as a mother. I don’t want him to have a string of meaningless one or two-night stands, especially with risks of STDs and impregnation. I also don’t want him to be lonely, nor repeatedly heartbroken by short-lived romances. 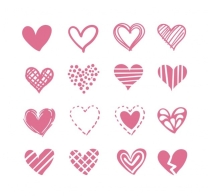 His brother and I had been talking about how Nathan has the opportunity to meet so many different people, from so many different countries, in his touring lifestyle, and how interesting this could be. We noted how much he could learn about life if he listened to other peoples’ stories. For instance, Nathan told me about a cheerful new friend on the boat who shared the hours-long story of his harrowing journey from Syria to Sweden, leading Nathan (who refuses to follow the news) to reflect on the state of the world as well as on the human resilience. Certainly our relationships do not have to be extended to be meaningful or to teach us something worthwhile.

Not that I recommend them, but even brief sexual encounters can be meaningful. Just because we will not see a particular person again does not mean we cannot fully respect them. We can honour the intimate gift they are willing to share with us –a gift that, beyond pleasure, might include attention, comfort, acceptance– and give back. Though it is crucial to have appropriate expectations, it is possible also to bring love to such encounters.

One of the most valuable lessons I have learned in life is that I can bring love to all my relationships no matter what their nature. It is my spiritual practice to try to do this — though what I usually get is a spiritual lesson in humility when I so often forget or fail! Even a stranger passing by on the street can be given love with a simple smile (see my post on smiles for more on this!). In my last years as a teacher, I tried to teach from a place of love and met each new class with my heart full. This is a love charged with empathy for our shared humanity — all our suffering and hopes. That sort of love can be a part of one-night stand too.

So this is what I want my son to know and remember when I’m no longer here to talk these things through with him. Along with my usual exhortation to use condoms!, I want him to bring love to every encounter, whether he has fallen in love or not. Then these relationships, regardless of their duration, won’t leave his heart empty. Rather, they can be a source of joyful sharing, connection, tenderness. They may even be opportunities for learning and growth. I know he wants and I certainly hope he ultimately has a healthy long-term relationship. But in the meantime, I hope this period of his life is not just fun and adventurous but meaningful. I hope he learns to bring love to every moment he shares with another, whether stranger, friend, or lover. I hope we all learn this.

English teacher, writer
View all posts by susanbriscoe →
This entry was posted in On Dying and Living and tagged advice, love, meaning, relationships. Bookmark the permalink.

8 Responses to On a Variation of Love